For a limited time, I am selling signed copies of Click Here to Kill Everybody in hardcover for just $6, plus shipping.

Note that I have had occasional problems with international shipping. The book just disappears somewhere in the process. At this price, international orders are at the buyer’s risk. Also, the USPS keeps reminding us that shipping—both US and international—may be delayed during the pandemic.

I have 500 copies of the book available. When they’re gone, the sale is over and the price will revert to normal.

EDITED TO ADD: I was able to get another 500 from the publisher, since the first 500 sold out so quickly.

Please be patient on delivery. There are already 550 orders, and that’s a lot of work to sign and mail. I’m going to be doing them a few at a time over the next several weeks. So all of you people reading this paragraph before ordering, understand that there are a lot of people ahead of you in line.

Ross Anderson’s fantastic textbook, Security Engineering, will have a third edition. The book won’t be published until December, but Ross has been making drafts of the chapters available online as he finishes them. Now that the book is completed, I expect the publisher to make him take the drafts off the Internet.

I personally find both the electronic and paper versions to be incredibly useful. Grab an electronic copy now while you still can.

Cory Doctorow on The Age of Surveillance Capitalism

Cory Doctorow has writtten an extended rebuttal of The Age of Surveillance Capitalism by Shoshana Zuboff. He summarized the argument on Twitter.

Shorter summary: it’s not the surveillance part, it’s the fact that these companies are monopolies.

I think it’s both. Surveillance capitalism has some unique properties that make it particularly unethical and incompatible with a free society, and Zuboff makes them clear in her book. But the current acceptance of monopolies in our society is also extremely damaging—which Doctorow makes clear. 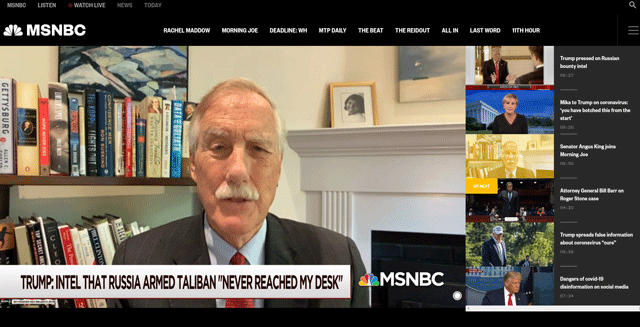 Bart Gellman’s long-awaited (at least by me) book on Edward Snowden, Dark Mirror: Edward Snowden and the American Surveillance State, will finally be published in a couple of weeks. There is an adapted excerpt in the Atlantic.

It’s an interesting read, mostly about the government surveillance of him and other journalists. He speaks about an NSA program called FIRSTFRUITS that specifically spies on US journalists. (This isn’t news; we learned about this in 2006. But there are lots of new details.)

One paragraph in the excerpt struck me:

Years later Richard Ledgett, who oversaw the NSA’s media-leaks task force and went on to become the agency’s deputy director, told me matter-of-factly to assume that my defenses had been breached. “My take is, whatever you guys had was pretty immediately in the hands of any foreign intelligence service that wanted it,” he said, “whether it was Russians, Chinese, French, the Israelis, the Brits. Between you, Poitras, and Greenwald, pretty sure you guys can’t stand up to a full-fledged nation-state attempt to exploit your IT. To include not just remote stuff, but hands-on, sneak-into-your-house-at-night kind of stuff. That’s my guess.”

I remember thinking the same thing. It was the summer of 2013, and I was visiting Glenn Greenwald in Rio de Janeiro. This was just after Greenwald’s partner was detained in the UK trying to ferry some documents from Laura Poitras in Berlin back to Greenwald. It was an opsec disaster; they would have been much more secure if they’d emailed the encrypted files. In fact, I told them to do that, every single day. I wanted them to send encrypted random junk back and forth constantly, to hide when they were actually sharing real data.

As soon as I saw their house I realized exactly what Ledgett said. I remember standing outside the house, looking into the dense forest for TEMPEST receivers. I didn’t see any, which only told me they were well hidden. I guessed that black-bag teams from various countries had already been all over the house when they were out for dinner, and wondered what would have happened if teams from different countries bumped into each other. I assumed that all the countries Ledgett listed above—plus the US and a few more—had a full take of what Snowden gave the journalists. These journalists against those governments just wasn’t a fair fight.

I’m looking forward to reading Gellman’s book. I’m kind of surprised no one sent me an advance copy.

For years, Humble Bundle has been selling great books at a “pay what you can afford” model. This month, they’re featuring as many as nineteen cybersecurity books for as little as $1, including four of mine. These are digital copies, all DRM-free. Part of the money goes to support the EFF or Let’s Encrypt. (The default is 15%, and you can change that.) As an EFF board member, I know that we’ve received a substantial amount from this program in previous years.

I Have a New Book: We Have Root

I just published my third collection of essays: We Have Root. This book covers essays from 2013 to 2017. (The first two are Schneier on Security and Carry On.)

There is nothing in this book is that is not available for free on my website; but if you’d like these essays in an easy-to-carry paperback book format, you can order a signed copy here. External vendor links, including for ebook versions, here.

Ed Snowden has published a book of his memoirs: Permanent Record. I have not read it yet, but I want to point you all towards two pieces of writing about the book. The first is an excellent review of the book and Snowden in general by SF writer and essayist Jonathan Lethem, who helped make a short film about Snowden in 2014. The second is an essay looking back at the Snowden revelations and what they mean. Both are worth reading.

As to the book, there are lots of other reviews.

The US government has sued to seize Snowden’s royalties from book sales.

EDITED TO ADD (11/7): Interesting quote from the Guardian piece:

Snowden dishes on the shortcomings of our spy networks. According to him, the National Security Agency (NSA) is home to cutting-edge technology that is poorly safeguarded. In contrast, the CIA is weak on gadgetry and tech but zealous in protecting its secrets.

A Harlequin Romance Novel about Hackers

In Click Here to Kill Everybody, I promised clickable endnotes. They’re finally available.